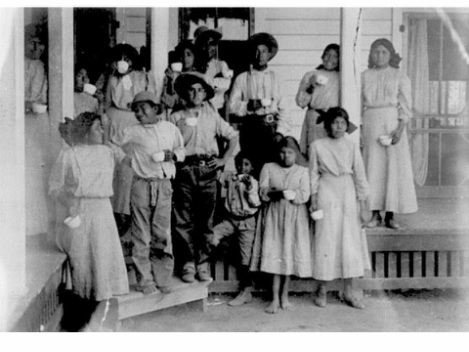 American Indians Have Challenges and Triumphs in America

American Indians were trying to cope with being removed from native territories and being placed onto reservations in the middle to later 1800s.   Laws such as the Indian Removal Act created many challenges for American Indians.

American Indians were displaced with many believing the U.S. government had treated them unfairly. Many tribes wanted to keep long-held traditions by following herds of bison. Very few tribes were accustomed to staying just in one place and farming. It was not a way of life for all tribes, and many tribes were unfamiliar with farming methods.


In the second half of the 1800s, many American Indian children were removed from their home environment and moved to schools where they were required to learn English, wear American clothing, and learn American customs. This effort of the government was called assimilation.

Do the children in the photograph look happy? Perhaps some do and some don’t. They may have been glad to have a regular meal from the government, but they may have felt uncomfortable in clothing that they were unaccustomed to wearing.

American Indian tribes had a long tradition of sustainable living in North America. Hunting and fishing made them self-sufficient. American Indians took good care of the earth ensuring clean air and water for future generations.

American Indians also produced beautiful arts and crafts. Some made weavings, rugs, blankets, or silver jewelry, or pottery and eventually sold goods to make money for their tribe or for their family. Many were careful to preserve their
own way of beliefs, symbols and languages, and to pass them along to their children.

Some American Indian languages have survived, and their languages saved many lives when used as "code" during World War II. Most often the American Indians were not allowed to fight until World War I and II, and then they had to have their own units, separate from other soldiers.

Americans today have learned to appreciate the culture and heritage of the American Indian tribes. It is an important and unique characteristic of the history and culture of the United States.
Powered by