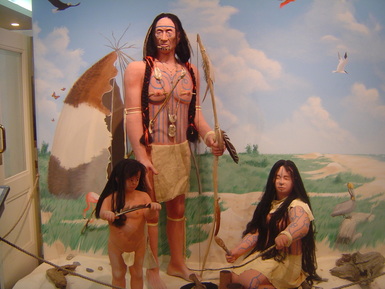 
2. Moved around in small bands of 30-40 people and led by an elected leader,
no central governing system


3. Painted their body with bright colors, some thought they were scary
looking


4. Tattooed and pierced their bodies


5. Lived in semi-permanent shelters in winter and were more nomadic in summer

9. Children were given two names to protect them from danger while growing up


11. Rubbed alligator fat over their body to keep insects away


12. Lived along the coast of Texas